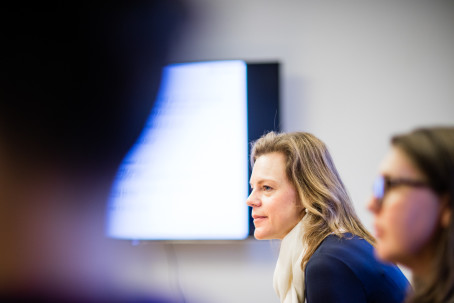 The Board of Directors of Affibody Medical AB has called an Extraordinary General Meeting (EGM) with the intention to carry out a fully guaranteed rights issue which would bring approximately SEK 150 million to the company. The EGM will take place Monday March 11, 2019 at 11:00 am at the company’s premises on Gunnar Asplunds allé 24, Solna. The proceeds will be used to fund the company’s continued expansion.

Shareholders representing more than 70% of the ownership have committed to vote in favor of the proposed rights issue.

“Since inception, Affibody has been backed by Investor AB, now through Patricia Industries. As a long term owner we see attractive potential in the company with multiple studies showing encouraging results.” says Christian Cederholm, Co-head of Patricia Industries. “We are therefore guaranteeing this rights issue in order to make sure that the company is well capitalized to continue its development.”

“Affibody has completed the transition from a technology platform company to a clinical stage drug development company with a broad pipeline”, said David Bejker, CEO of Affibody. “This financing will provide the foundation for continued growth of our company and will enable value generating strategic initiatives”.

Further details on the rights issue can be found in the formal notice which has been published on the company’s website.

Affibody is a clinical stage Swedish biotech company with a broad product pipeline focused on developing innovative next generation biopharmaceuticals based on its unique proprietary technology platforms: Affibody® molecules and Albumod™.

In addition, to its portfolio of innovative drug projects the company offers the half-life extension technology, Albumod™, for outlicensing.