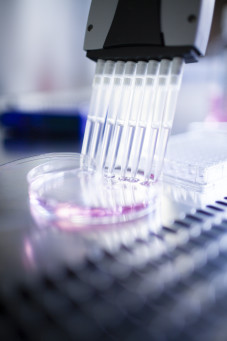 Affibody AB has signed a continuation of a license agreement with MedImmune, the global biologics research and development arm of AstraZeneca, for the use of Affibody’s proprietary Albumod™ platform.

The Albumod™ platform extends the circulatory half-life of biopharmaceuticals, which helps prolong the time a molecule works in the body. This could lead to superior pharmacokinetics and increased patient compliance.

The albumin-binding technology will be applied to an undisclosed number of Medimmune’s proprietary compounds. Affibody will receive milestone payments, as well as royalties on any resulting sales from licensing the Albumod™ platform. Further details of the agreement have not been disclosed.

– MedImmune’s desire to continue the collaboration further validates that our Albumod™ technology can play a key role in the accelerated development of new drug candidates with improved properties, says David Bejker, CEO of Affibody.

Further information can be found at: www.affibody.com